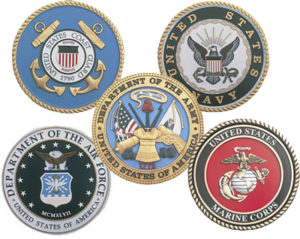 Memorial Day is a holiday for many; kids are out of school, banks are closed, mail doesn’t run and some stores close early.  This day calls for a cookout with family and friends, right?

That is what we did and what fun it was to get together with everyone and catch up and just enjoy one another with some delicious food and fun.

As I was preparing for the day, I couldn’t help but think about all of those that have sad memories on this day as they remember someone  special that never returned home from a war or while serving in our military.  When I was homeschooling my kiddos it was always on the agenda to discuss and learn of the men and women that never returned while protecting our freedom.  This past Monday, the mom/teacher in me began looking up facts and history on our military and the number of deaths that have occurred over the 200 plus years of America!  (click here to read some stats on past wars) Aren’t you thankful for the internet?  How easy things would have been when we were schooling to do research on so many interesting things!

I have a sweet friend, Allison.  I met Allison in Nashville at a writer’s conference.  We hit it off right away and became far away friends as she lives in Kansas and I, in Texas. (She was born and raised in Cape Cod, my hope to be vacation spot, someday) I’ve heard bits and pieces of her story about her dad over the years.  I asked her for more details and she graciously shared them with me and said I could share with you.  I cried as I read her story and saw her pictures.  This is a story of a girl who was born two months after her daddy was lost at sea.  Well, I’ll let Allison tell you her story……

My father’s name was Bryce Moody. He entered the United States Marine Corps upon graduating from college in 1957. He was one who always loved adventure: he was in the Boy Scouts (Eagle Scout), loved sailing, camping, hiking and so on. It had always been his dream to fly, so he opted to be a fighter pilot.

He and his new bride (my mother) went to F-8U pilot training in several places: Pensacola, Florida; Memphis TN; and Kingsville, TX. His first official assignment as a pilot after all that training was to Beaufort (pronounced BOW-fort) Naval Air Station in SC.

By this time my brother David was on the scene and mom was already pregnant with me. They were much in love and had a strong group of friends. Many of the pilots were still single, but some were married, so mom had girlfriends too. They also had a dog named Woofie. It was a good life.

On February 29, 1960, my father, now a 1st lieutenant, and another pilot, Captain Bill McCurdy had a routine mission out over the Atlantic Ocean. This was a low-level, high speed mission over the water and, as can happen it was a cloudy day. Captain McCurdy became disoriented in the clouds and radioed to my father what was going on. He had lost his bearings and couldn’t tell “up from down,” so to speak. So my dad said he would come up underneath Captain McCurdy’s plane and fly near him where McCurdy could see my father’s plane and give him some visual awareness of where he was and then they could proceed with the mission.

Unfortunately, the wings of the planes clipped one another and my father’s plane lost control and went into the Atlantic. This all happened in a matter of seconds. The plane hit the water at a high rate of speed, slamming into the ocean as if hitting a brick wall. There were no remains, and all that was found after several days of searching was a small piece of the plane’s wing.

In those days, the military did not want the other pilots to be reminded of its “failures.” My dad’s plane went down on a Monday. There was a Memorial Service for him on Thursday, and by Saturday, Mom, my brother and her belongings were back in her parents’ home in New Jersey. She once told me, “I even had to get rid of my dog,” although I found out much later that some of her friends graciously took Woofie so he had a good home.

From what I have pieced together, Mother had a breakdown. She was 7 months pregnant with me, so my 2-year-old brother went to live with my father’s parents for several months. They weren’t really equipped for having a toddler in their home. My father’s sister was 15 at the time and they were all grieving of course. Yet here was this precocious little one, running all over their home. One story is that he spent most days turning the knobs of all the 3-way lamps the “wrong” way. My poor grandmother… By the time my teenage aunt got home from school, guess what SHE got to do?!

Two months to the day after my father’s death, I was born on April 29, 1960. My mother was not interested in me whatsoever, so my maternal grandmother did most of the caregiving for me in that time. My mother’s mental and emotional withdrawal had long-term consequences, as she and I never developed a proper “mother/daughter” relationship. I believe my “mother/daughter” bond was with my grandmother, but she died when I was 13, so things have been complicated in my family for my entire life.

One other thing that was always odd to me was that my father’s family chose to never put any sort of grave marker or head stone up for him. I do not know why they made this choice. I never asked; talking about him was just simply “not done.” It was “understood” as painful and so we avoided the topic. I didn’t think this was right, but I was always the child and understood my role to not ask questions.

I am no longer a child, and my grandparents and mother have passed away. This year, I contacted the Veterans’ Administration and as is his right, had a grave stone made for my father. It is now in the South Chatham Cemetery on Cape Cod in Chatham Massachusetts. I could have requested that it be placed in a military cemetery, but my father loved Chatham. It was where he and my mother met. Our families loved the Cape. It is the obvious and perfect place.

This Memorial Day weekend, I had the joy and privilege of going to that cemetery and not only seeing the grave stone, but also putting a flag and laying flowers there. It was 56+ late, but I am so thankful I was the one who was able to do all this for him. – Allison M. Woods, Memorial Day, 2016 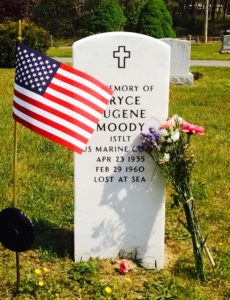 Thank you, Allison.  We are all grateful for men like your father!

My grandfather, dad, husband and father-in-law all  served in the U.S Navy. My brother served in Desert Storm as a  U.S. Marine.  (click here to read about my brother) I’m thankful they all returned safely.

May we fly our flags proudly each Memorial Day, as we remember those that gave the ultimate sacrifice in securing our freedom. 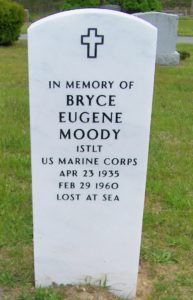