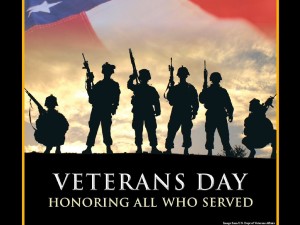 Wake Up, It’s Time to Pray
It was 2 a.m. and my eyes popped open from a horrible dream.  I was weeping and trying not to wake my husband.  The dream was so real and left me aching to see or at least hear from my brother who was serving in Desert Storm as a Marine.  Burt was heavy on my heart since the ground war started.  We rarely got to hear from him.  I was trustiing that he had received all the cards, letters and food that I had sent him and had faith that God was answering my prayers to guard and protect him while in Kuwait.
To this day, I still can’t get that dream out of my mind.  It has been many years since Desert Storm and yet I recall that dream as I was chasing my brother through the jungle begging him to stop running from me.  We were running through the sand and it was hard to run as I was yelling for him to stop.  He finally fell down with his face down in the sand.  I fell down beside him, turned him over and wiped the sand and tears from his face.  Burt had a look of fear on his face that I had never seen before.  I held him and rocked him as he cried.
I was relieved when I realized it was only a bad dream.  Although, I couldn’t stop crying for my brother.  I spent the next hour in prayer for my brother.  “Lord, please be with Burt right now and protect him from all harm.  Let him know that you are right there with him.  Please guide his every step and help him to be a witness to all those around him.  If he is in any danger, please take care of him.”  This was part of my prayer, not only that night, but for the remainder of the war.
The day finally arrived when Cpl. Burt Fisher returned home from Desert Storm.  He had filled his four year commitment to the Marine Corp, plus longer than expected due to the war.  The pastor of our church asked Burt to give a testimony of his time in the Marines and his service in Kuwait.  I was awe struck as I sat in the pew and listened to Burt give testimony to the fact that God had a purpose for his life as a Marine.  He shared the gospel with many of his fellow soldiers and several accepted Christ as their personal Savior.  He even saw one of his buddies be baptized in the Jordan River.
I couldn’t control my tears as my brother recounted a major event that took place.  He told the story of how his unit had set up camp and all was quiet.  The soldiers were resting and Burt leaned up against an Amtrak, took his helmet off and fell asleep.  The next thing he remembered was being awakened with enemy fire coming into the camp.  The soldiers were scrambling getting into place.  Burt was the radio man and knew he needed to get to his foxhole and call for help.  He could feel and hear the shrapnel whizzing close to his head.  He buried his face deep into the sand and crawled to his fox hole; he was terrified.  He finally made it to the fox hole and was able to radio for help as other soldiers piled in on top of him trying to take cover.
When the situation was over and under control, Burt noticed that on the Amtrak where he was leaning his head, indentions were evident from the enemy artillery rounds that flew into the camp.  Fortunately, only one minor casualty was of a soldier being shot in the leg as he was resting on top of a HumVee.  As my brother told the story of his face in the sand, I immediately flashed back to my dream and knew without a doubt that was the same night I woke up from, with Burt’s safety on my heart.  I know that I know, that God answered prayer that night.
Have you awakened in the night burdened about someone or a situation?  Don’t spend time worrying, spend time praying and asking God to take care of the situation.  He will give you a peace that you will never get if you just worry about it.  When the Lord confirms to you that there was a purpose for your restless night, you will be so thankful that you were obedient.
“Be anxious for nothing, but in everything by prayer and supplication, with thanksgiving, let your requests be made known to God.; and the peace of God, which surpasses all understanding, will guard your hearts and minds through Christ Jesus.” Phillippians 4:6-7 NKJV 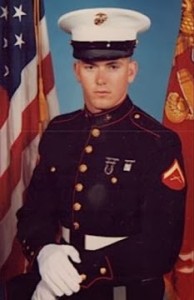