While Jim and I were shopping in Dallas last weekend, I spotted a sewing store and went in just to look around. A little bit later I walked out with the cutest sewing machine. The machine I’ve been sewing on is now 25 years old. It is a Kenmore and has been a good one, but I was really wanting a more updated one. I’ve had the sewing fever for several months now, but haven’t been motivated to drag out my old machine. I think Jim was more excited than I was. He has already given me something to alter. I do have big plans. I sure hope I stick to them. 🙂 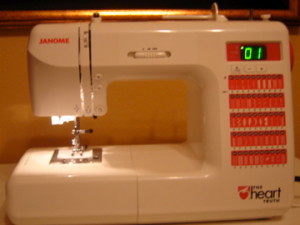 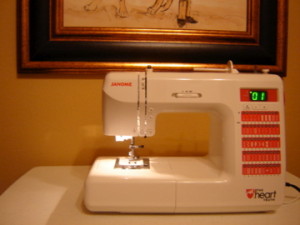