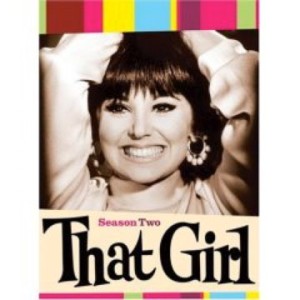 Did you ever watch “That Girl,” starring Marlo Thomas when you were young? I did and I loved it as a young teen. I wanted her clothes. I love the matching dresses and coats that she wore and she usually had a hat and purse that were matching as well. Too fun. I was so excited when I found out the show was on DVD. I received Season One for Christmas from my son and then I purchased Season Two and Three recently and have enjoyed them so much. I haven’t found anyone to enjoy them with me though, so when I get the time, I will watch an episode. I’m on Season Two right now. I actually catch myself laughing outloud. I wish t.v. shows could be like this now, the innocence and humor are so entertaining. I know Marlo Thomas is very liberal in her views personally and is even married to someone even more liberal, but I don’t think about that while watching.

A few more shows that were fun to watch were The Donny and Marie Show, Carol Burnett, Mary Tyler Moore and Petticoat Junction. Maybe it’s a good thing those type of shows aren’t on anymore, I wouldn’t get anything done.