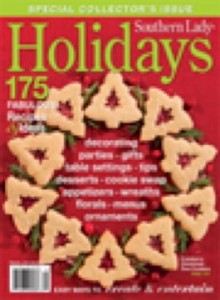 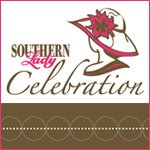 Last week, my mom and I went to our 2nd Southern Lady Celebration in Savannah, Georgia. This is an event put on by Hoffman Media, publishers for some of my favorite magazines; Southern Lady, Tea Time, Taste of the South and Cooking with Paula Deen.

On Thursday, we flew out at 6 a.m. I think I was a little excited when I made our plane reservations several months ago. That sure was early, but we made it. We flew into Jacksonville, Florida and rented a car and drove on into Savannah. As we were driving up 95, I saw a sign that read “Coastal Hwy.” I thought, that will be pretty, so I took the exit thinking we would drive alongside the coast. I drove and drove and never found it! It put us an hour behind plus somehow the road had circled back where we started from. I kept hearing my husbands voice in my head telling me to be sure and get a car with a Navigation System. 🙂

When we finally arrived in Savannah, we drove through the historic district and found our hotel. I have a fear of huge bridges and of course the only way to get to our hotel was over the biggest bridge I have ever driven over. Every time we went out site seeing, that bridge was there. By the time, we left, I was a little better at it. I just knew it was going to collapse when I went over it.

Friday afternoon we went out shopping until our event began that evening. We registered and visited the gift Boutique that Southern Lady always has at the the hotel. The evening began with a delicious dinner of White Chili and Pecan Pie. These were recipes taken from the Fall issue of Southern Lady. It was delicious! I plan on making it this week for my family. Anna Griffin was the speaker for the evening. I have always been a fan of her. She is the creator of scrapbooks, and wedding accessories. Phyllis Hoffman, the magazine publisher did a piano concert and it was beautiful.

Saturday morning a delicious breakfast was served and Barbara Bradley Baekgaard spoke. She is the founder of the beautiful Vera Bradley line. We also had a demonstration on bread making from King Arthur Flour. The magazine editors also showed some ways to decorate tables and flower arrangements. The afternoon was then free for shopping or relaxing.

Saturday night was titled as a “Gala Dinner.” It was delicious as well. Sandra Lee of the Semi-Homemade Cooking program on the Food Network was speaker for the evening. She did a demo of a couple of cakes and then told her story. She has an amazing story. I love everything she does except her obsession with making mixed drinks. It seems to be something very important to her. I think she might have been a little tipsy during her presentation. Long story, but it was very interesting to say the least.

Sunday came and it was started off with a devotional by Ann Platz, another of my favorite authors. Nancy Grace of CNN was given the Southern Lady of the Year and she then spoke. She has an amazing story as well. Very inspiring. Jeanne Robertson was the final speaker. If you haven’t heard her before, you must go hear her when you can. She is a comedian. She had us laughing so hard with all her stories of her life.

Mom and I went out Sunday afternoon and had dinner at Uncle Bubba’s. (Paul Deen’s brother) The shrimp was delicious and the fried pickles. 🙂 We drove to Tybee Beach. The weather wasn’t very good, so we didn’t stay too long. We flew home on Monday morning. What a great weekend it was! Now to start that diet!