Skip to content
I’m reposting a couple of previous posts on my story about my dad.  I love Father’s Day!  It’s a special time to honor and show love to someone who is more important that most realize.  I love hearing and reading about a father and his children.  I love watching my kiddos with their daddy even as adult children.  Nothing more special.
These two posts are about my dad, who never was able to grasp how desperately three little kids needed him.  Alcohol called much louder than we ever did.  We just suffered silently and still do to this day.

A new report came out today stating that 1 in every 3 children grow up in a fatherless home in America.

Most of my life I have had people tell me that kids are resilient, they can handle things easier than adults. I have never agreed with that statement. I was one of those kids that grew up without a dad. My parents divorced when I was 12. I had two younger brothers, 9 and 2 years of age. My father was an alcoholic and he wasn’t home much before the divorce took place. I still remember the day he left for that final time. I was in my room watching out the window as he told my mother goodbye. He was carrying a blue suitcase. He never came and told me goodbye. As I watched him get in his truck and drive down the road I cried for a very long time as I sat in my room by myself. The next thing I remember is the four of us moving into a tiny rent house and I was busy taking care of the house and my brothers. My mom worked three jobs to keep the rent paid and food on the table. My dad didn’t pay child support, so it was twice as hard on all of us.

I loved my father and had a few good memories about him. I remember us swimming when I was very little and he put me on a floating raft that you could see through. He swam underwater and all I remember is laughing and thinking he was so funny. Another good memory is making peanut butter cookies with him and him telling me how much he loved me. He was very handsome too, I always thought he looked like Dean Martin. 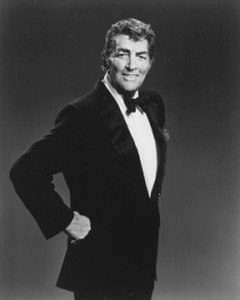 My teen years, I didn’t see him much, the longer I went without seeing him made it hard to be around him when he did come in town. Many nights I would cry myself to sleep as I prayed for him. I worried about him. I desperately wanted a daddy that looked after me. We were three children at risk. I never understood why he didn’t check on me to make sure I was doing alright in school and if I had everything I needed. Each school year, my mom would take us shopping for school clothes and we would put them on layaway and it would take forever to get them. Gym clothes and shoes were a luxury item along with the special school supplies that teachers always wanted us to have. In Jr. High, someone stole my gym shoes and I went for a very long time going barefoot in P.E. because we couldn’t afford new shoes.

The day I graduated from high school, I never knew if he was there or not to see me graduate. The day I got married, he was no where to be found. My brother gave me away during the ceremony.

I could go on and on about all those little things in life that a young girl and even as a grown woman would desire in a daddy. It affects almost every area of her life.

The ironic thing about all of this is, several years ago out of the blue, I received a phone call from a hospital in Colorado. Somehow the doctors found me and called me to get permission to take him off of life support because he was brain dead. It seems he had suffered a heart attack and machines were all that was keeping him alive. They had to have my permission to take him off the machines. The doctor assured me that it was the best thing to do. I gave him the permission. The doctor called me back in about an hour and confirmed that he had passed away. As I hung up the phone, I sat on my floor and cried.

Tomorrow is Part 2 of Where’s Daddy? 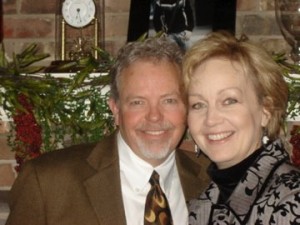 Getting married was not at the top of my list. The day I met Jim and we became friends, I knew there was something different about him. He had a love for the Lord that was genuine and real. I was extremely shy and he was the first guy that didn’t make jokes about my shyness or how I didn’t talk much. I felt safe when I was with him. He challenged me in scripture memory constantly and he prayed with me every time we went out together.A group from our college class at church got together and planned a trip to Dallas to see the Cowboys play. Jim went on that trip and I didn’t know him very well at that time. I didn’t go many places without my brothers and I decided to take them on this trip with me. I barely had enough money saved for the trip, but I figured I could manage. My brother Burt was 10 at the time and when he met Jim he fell in love with him. Burt asked if he could ride in his truck with him and Jim said yes. I was a little hesitant because I had just met him recently. Burt was so excited, I couldn’t say no. Jim had his sister with him and Burt sat in the middle of the seat. I still laugh today when I think about seeing him with his cap on his head looking around so excitedly. When we got to our hotel, I instructed my brothers that I would meet them in the restaurant for breakfast the next morning. I told them to only order a cinnamon roll and orange juice because that was all I could afford. They promised they would. The next morning I came into the restaurant and there they were sitting at a booth with Jim and the entire table was filled with food. Eggs, bacon, toast, cinnamon rolls,etc. I was panicked. I went to my booth and ordered my cinnamon roll and juice and started trying to figure out how I was going to make my money last through the rest of the trip. Jim came over later and told me he was treating my brothers to breakfast. If that wasn’t enough, at the game he furnished hot dogs, chips, cokes, etc. That is one of my many favorite memories of him.

Today, after 29 years of marriage I wish I could write and tell all the amazing things about Jim, but since this is Father’s Day, I will talk about him as a daddy. I LOVE the word daddy. To me, Jim is everything a daddy should be. When Patti and Nathan were born, he changed as many diapers as I did. He would get up in the middle of the night many times with each of them and tell me to get some rest. Our kids have always loved and adored their daddy. He took his role as a dad seriously and I don’t believe our kids have ever doubted his love for them.

When I see even today, our 26 year old daughter hug him and he kisses her on the cheek, I get tears in my eyes. I can’t imagine how that feels to have a dad to care so much and show it like that. I love to see when our son and him interact and laugh together and tell each other they love one another. How blessed I am to get to witness a Daddy’s love.

If that isn’t enough, I get to watch him as a Papa to our three grandbabies. I believe the legacy will continue on.

I may not have had a daddy of my own but I have been blessed to watch the best daddy in the world, Jim Dillow! 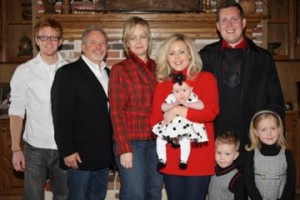